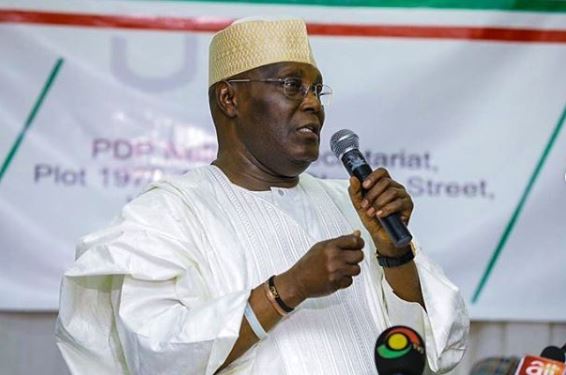 Atiku Abubakar, 2019 Presidential candidate of the Peoples Democratic Party, PDP, will be running for 2023 Presidency.

Jameela News confirmed from the son of the politician, Adamu Atiku-Abubakar that the 2019 PDP candidate would be contesting again in 2023.

Adamu who is the current Commissioner for Works and Energy made this known at the one-year anniversary of Adamawa State Governor, Ahmadu Fintiri.

“Personally, I don’t see anything wrong with my father contesting for the presidency. In 2023, my father will be aspiring to the number one office in the land because he has been an astute, strategic, master politician for almost four decades,” PUNCH quoted Adamu Atiku-Abubakar to have spoken on Atiku’s 2023 Presidency.

Meanwhile, Jameela News understands that despite six attempts on the post of presidency in Nigeria, Atiku Abubakar will be running for the 2023 Presidential election for the seventh time.

His first attempt was in 1993 where he contested in the primaries of the Social Democratic Party (SDP) against MKO Abiola and Babagana Kingibe.

In November 2006, Atiku indicated an interest in the position and was chosen as the Presidential candidate of the Action Congress in December 2006.

However, when the list of those contesting for the 2007 General election was released by the Independent National Electoral Commission (INEC), his name was missing.

This online news medium understands that this was as a result of some corruption allegations against the then former PDP candidate. After going to court, Atiku contested the election but lost to President Umar Musa Yar’adua of the PDP.

In 2010 Atiku decamped to the PDP and was unanimously selected as the Presidential candidate by a Committee of Northern against former Military President Ibrahim Babangida.

However, in 2011, he lost the PDP primaries to former President Goodluck Jonathan.

In 2015, Atiku who was now a member of the All Progressives Congress (APC) contested against President Muhammadu Buhari, Rabiu Kwankwaso, Senator Rochas Okorocha during the primaries but lost to President Buhari.

In 2018, he secured the nomination as the candidate of the Peoples Democratic Party, (PDP) and contested for the 2019 Presidential election but lost to President Muhammadu Buhari.