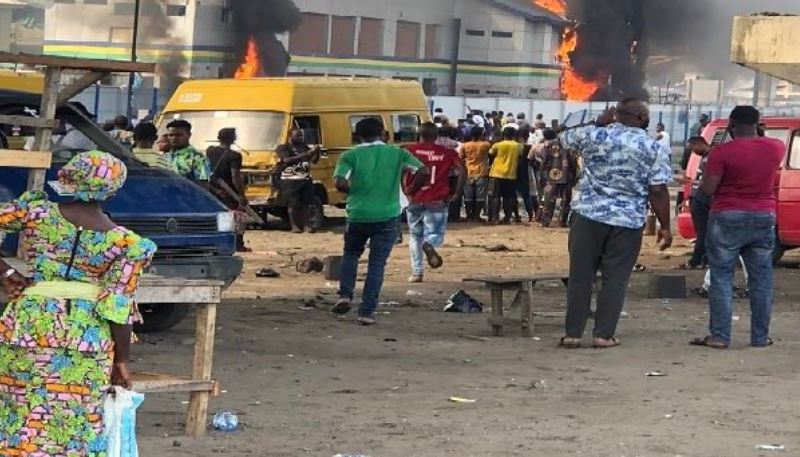 Hoodlums have set ablaze a Lagos Police Station in Apapa-Iganmu, Orile area of Lagos state, amidst the #EndSARS protest, on Tuesday, October, 20.

Jameela News reports that there is an ongoing attack of a police station in Orile, Lagos by hoodlums under the guise of the heated #EndSARS protest.

This attack by hoodlums occurred barely 24 hours after hoodlums in Edo State allegedly freed prisoners from a 1300 capacity Medium-prison in Oko, Benin city.

Jameela News understands that there is unrest in Orile, following the latest attacks by the hoodlums.

After years of #EndSARS protest by Nigerians on Twitter, the civilians took to the streets in various states of the country to start a protest of the deadly Police brutality by the SARS unit of the Nigerian Police Force.

The street protest which started on Thursday, October 8, 2020, has attracted the global attention on the plight of Nigerians regarding police brutality.

Reacting to the agitation of Nigerians both at home and in the diaspora, citizens of other countries and even the UN, President Buhari directed the IGP to dissolve the Special Anti-Robbery Squad and to deploy officers in the unit to other departments in the Nigerian Police Force.

That clause in the statement released by the IGP on Sunday, October 11, has become a cause for concern for Nigerians.