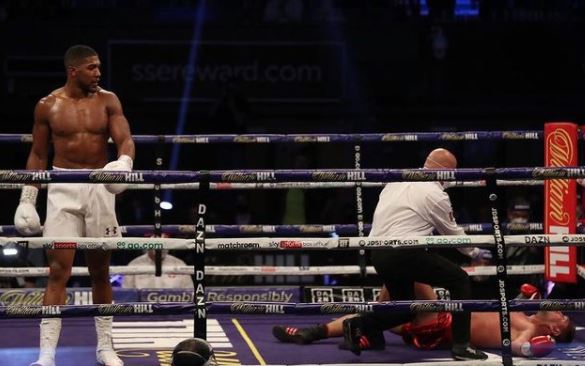 Anthony Joshua has knocked out Kubrat Pulev to retain his heavyweight titles.

Joshua brought down the Bulgarian boxer in the 9th round in the bout that took place on December 12, 2020, at The SSE Arena, Wembley in London, the United Kingdom.

Pulev brought to the ground by Anthony Joshua. Photo credit: 13th Round Boxing.

This online news platform saw Joshua bring down Pulev two times before the final knockdown which helped him retain his IBF, WBA and WBO titles.

Meanwhile, Joshua who lost his titles to Mexican boxer, Andy Ruiz Junior, in the United States regained his titles from the heavyweight champion after defeating him in Diriya, Saudi Arabia, in December 2019. 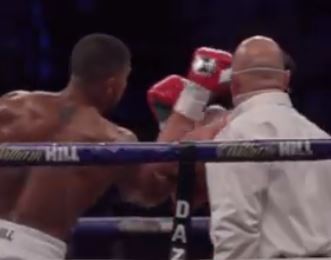 After the fight on Saturday night, December 12, 2020, Joshua assured fans that he would be facing a fellow British boxer Tyson Fury in the bout set to hold in 2021, however, Fury’s camp has not confirmed the fight.

See the moment Anthony Joshua knocked out Pulev below…