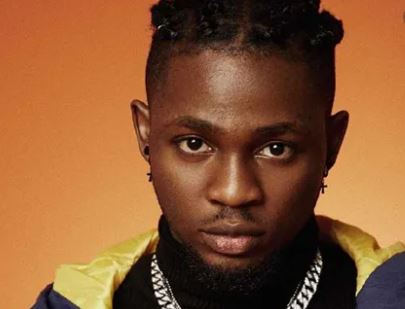 Omah Lay, 23, has confirmed his arrest by the Ugandan Police on Sunday, December 13.

Jameela News reports that Nigerian singer and Record producer, Omah Lay confirmed his arrest by the Ugandan Police in a tweet on Sunday evening.

The singer tweeted: “Yes I’m with the Ugandan police… something about the show from last night. Everything would be fine…Omah 💜.”

This online news platform learned that the “Bad Influence” singer was arrested in the East African country for holding an illegal concert.

Meanwhile, the Ugandan Police confirmed the arrest of the 23-year-old singer in a series of tweets.

Omah Lay, the event manager, Prim Kasana and the manager of the place the event held Ivan Ddungu were also arrested by the police.

“Those arrested are Ivan Ddungu, the manager of the place where the concert was held, Omah Lay the musician and Prim Kasana, Events Manager, who contracted Omah Lay to sing,” the police wrote on Twitter.

The Ugandan Police spokesman Luk Owoyesigyire confirmed the arrest of the events manager and manager of the place the events held.

He wrote: “Nigerian Artist Omah lay has been arrested by katwe police, the manager of the venue one Dungu Ivan and the Events manager Prim Kasana are also in custody. More details to follow.”

. @Patrickonyango1 “Three people have been arrested in connection to the unauthorised concert that was held last night in Ddungu Resort in Munyonyo, Kampala City”. https://t.co/YQwXDElQbC

Meanwhile, Jameela News learned from the BBC that the singer was arrested for disobeying the COVID-19 guidelines in the country.