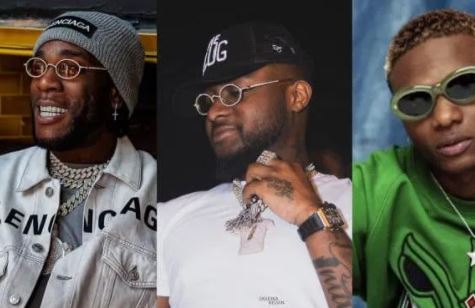 Jameela News learned from the streets of Twitter that DMW boss Davido was captured in a viral video fighting Grammy awards nominee, Burna Boy while Wizkid looked on.

According to an eyewitness, La Fille De Dieu (@emilyadusei), the fight disrupted the fun of other people who went clubbing in the West African nation.

“The messed thing about it was DJ was still playing music while Burna and davido fought.

This online news platform understands that the fight between the ‘African Giant’ crooner and the ‘Fia’ singer ensued when Burna Boy walked up to Davido at Twist Nightclub in Ghana.