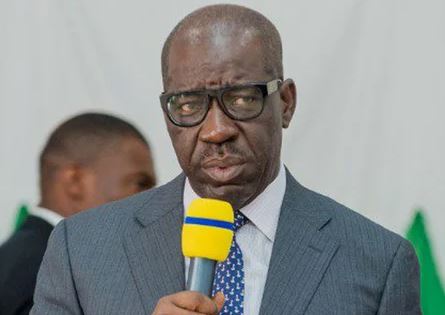 The two professors who are alumni of the University of Ibadan tendered the certificate before a Federal High Court sitting in Abuja to examine the facts for the case.

This online news medium learned that Professor Asekhome and Professor Balogun graduated with the Governor from the prestigious Premier University in the South-west.

According to the certificate presented by the Edo state Governor, he graduated from the tertiary institution in 1979.

The certificate presented by the two professors was aimed at aiding the court to arrive at a just conclusion.

Jameela News reported that the Governor of Edo State, a former member of the All Progressives Congress (APC), decamped from the party to join the People’s Democratic Party (PDP) after he was disqualified from the primaries election.

The APC screening committee disqualified Obaseki on the premise of what was called a falsified certificate on June 12, 2020.

What the two professors said about the certificate of Governor Obaseki

The two professors led by the lawyer to the APC, Chief Akin Olujimi SAN, told the court that they have never seen the certificate of Governor Obaseki in their lives.

This was after Olujimi faulted the alleged entry qualifications of the Governor which was three credits in Ordinary Level WAEC and two credits in Advanced Level used for direct entry into the University by the Governor in 1976.

Professors Asekhome and Balogun also confirmed that such low grades were not accepted by the University for a direct entry admission.

Meanwhile, the Professors admitted that they have never worked at the admission unit of the Univerisity, adding that the documents they presented in court were made available by the APC.