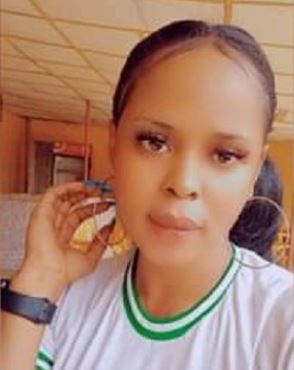 A female NYSC corps member has been lynched for allegedly hacking her boyfriend to death in Akwa-Ibom state.

This online news medium learned that Oduma who serves at the Bureau of Political and Legislative Affairs at Edet Akpan Avenue was attacked by mobs for scaling the fence after she reportedly killed her boyfriend by stabbing him multiple times in his stomach.

A source who pleaded anonymity told newsmen that the female corps member was caught on Sunday, January 10, trying to scale the fence from the compound of the deceased guy she reportedly killed around 9:30 am in the morning.

The witness revealed that angry mobs at Abak road by Afaha-offot descended on the lady after spotting blood stains all over her.

He maintained that the female corps member hacked the young guy, believed to be her boyfriend.

“She killed the young guy instantly after several cuts on his stomach and face and while trying to jump out from the fence she was caught,” the source said.

The female NYSC corps member identified as Chidinma Oduma had been stripped naked by enraged mobs along Abak Road in Uyo and beaten to stupor when the police arrived at the scene.

Oduma was about to be lynched when the police intervened and ordered that the case be transferred to the police station in Uyo.

He said, “It was about 11.30 am on Sunday morning, the police got a distress call and we responded swiftly to No. 219, Abak road, in Uyo.

“One, Chidinma Odume, a Youth Corps member serving at Bureau of Political and Legislative Affairs at Edet Akpan Avenue, said that some angry youths want to mob her but the police rescued her.”

Macdon also revealed that the corpse of the deceased boyfriend had been deposited at a morgue, adding that the victim would be charged to court as soon as investigation into the matter was concluded.