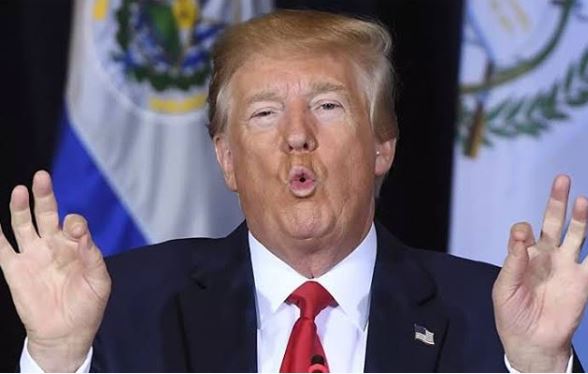 Trump impeached as US President for the second time.

Jameela News reports that US President Donald Trump has been impeached from office for the second time by the House of representative.

This online news medium understands that the 45th US President was impeached for “incitement of insurrection” at the US Capitol on Wednesday, January 6.

Pelosi, the Speaker of the House of representative moved the motion of impeachment which polled about 232-197 in support of Donald Trump’s impeachment.

The outgoing President Trump, a member of the Republican party, who is expected to hand over to a Democrats, Joe Biden on January 20, would be barred from contesting in the US election if convicted of the incitement charges.

On Wednesday, January 13, after several deliberations during the penal-hearing, the Democrat-dominated House and 10 Republicans supported the move to impeach Trump.

However, Trump will likely face impeachment after the Senate supports the motion to impeach the outgoing President, a sitting which would likely convene after he has handed over power to Joe Biden later this month.

Why Trump was impeached for the second time

Jameela News reports that Trump who was first impeached on December 19, 2019, over “abuse of power”, by the House of Representatives chaired by Nancy Pelosi has been impeached again by the lawmakers for inciting violence after he remarked on microblogging site, Twitter that he would not be present at the inauguration of November 2020, President-elect Joe Biden.

Although, the impeachment charges are political not criminal, Trump was accused of causing the violent protest stirred by Pro-Trump protesters at the US Capitol, which led to the deaths of five Americans.

According to the article of impeachment, Trump “repeatedly issued false statements asserting that the presidential election results were fraudulent and should not be accepted”.

The article further explained that he “willfully made statements to the crowd that encouraged and foreseeably resulted in lawless action at the Capitol”, leading to the violence and loss of life.

“President Trump gravely endangered the security of the United States and its institutions of government, threatened the integrity of the democratic system, interfered with the peaceful transition of power, and imperilled a coequal branch of government.”

Meanwhile, Vice- President Mike Pence has refused to back the impeachment process, describing Pelosi’s action as deceitful and political.

In a letter addressed to the House of Representative Speaker, Pence said, “Under our Constitution, the 25th Amendment is not a means of punishment or usurpation.

“Invoking the 25th Amendment in such a manner would set a terrible precedent.”

Why the US Lawmakers impeached Trump?

House Speaker Nancy Pelosi, told the house floor that, “The president of the United States incited this insurrection, this armed rebellion against our common country.

“He must go. He is a clear and present danger to the nation that we all love.”

Most Republicans did not seek to defend Mr Trump’s rhetoric, instead of arguing that the impeachment had bypassed the customary hearings and calling on Democrats to drop it for the sake of national unity.

“Impeaching the president in such a short time frame would be a mistake,” said Kevin McCarthy, the House’s top Republican.

“That doesn’t mean the president’s free from fault. The president bears responsibility for Wednesday’s attack on Congress by mob rioters.”