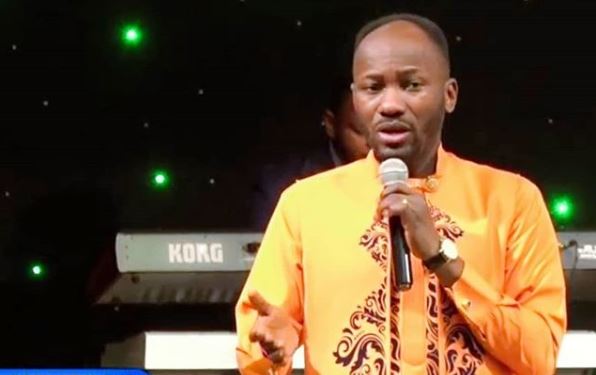 This online news medium reported that the IG probed the popular Pastor after a former Pastor of his Church, identified as Mike Davis alleged that Suleman was sleeping with his wife, another popular pastor, Faith Edeko.

The probe was a sequel to a petition written by Pastor Mike Davids solicitors, V.C Ezenagu & Associates.

However, Apostle Suleman had in a tweet on Monday, January 25, 2021, refuted the probe by the Inspector General of Police.

He tweeted: “IGP orders probe on me? Where, when? Maybe my ghost. Just reading stories now. Please discard. There is no such thing. Bad press really sells fast.”

The aggrieved Pastor alleged in a series of video on Instagram that Apostle Suleman began sleeping with his wife as far back as 2019.

Pastor Davis said he worked as a Subordinate for the popular pastor for 15 years, before resigning in 2019 after the relationship with his wife was destroyed.

He claimed that the Omega Fire leader denied him access to the three children that he shares with his estranged wife Pastor Edeko.