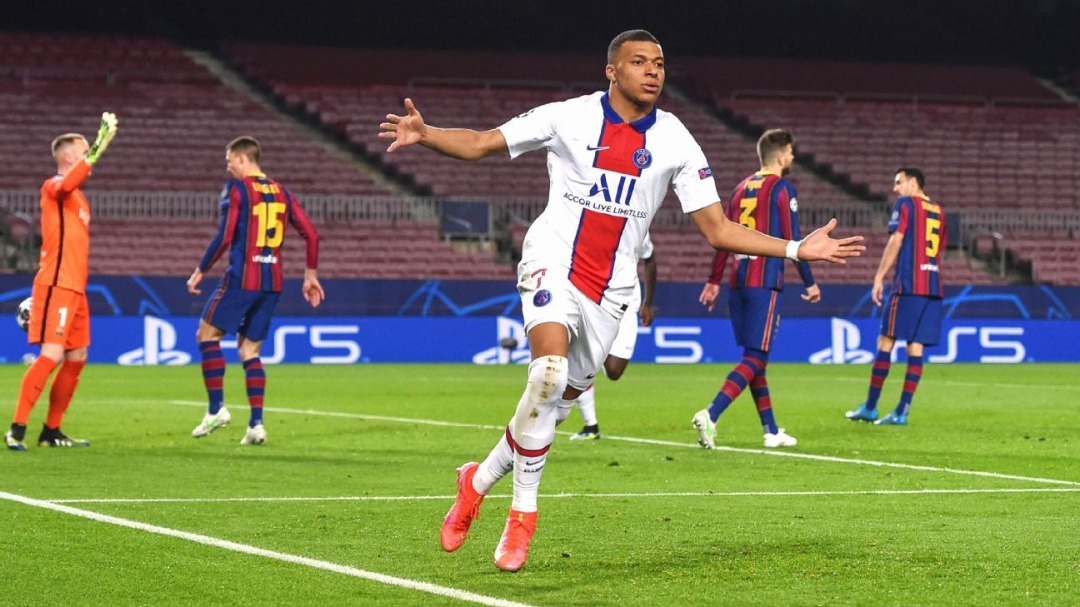 Paris Saint Germain was in hot form as four consecutive goals give Mauricio Pochettino his second victory at the Camp Nou in a 4-1 humiliation of Barcelona.

The Catalans struck first after an alleged foul on Frenkie De Jong in the box, with Captain Messi putting the ball past Keylor Navas for the lead.

Five minutes later, Kylian Mbappe crafted his way in the box and struck at close range for an equalizer.

The Second half was all about the Parisians as Mbappe was quickest to a rebound for his second goal on the 65th minute.

Moise Kean headed into the back of the net from an indirect free-kick while the French Speedster got his third and team’s fourth with a marquee curl from outside the box.

The victory means that Barcelona has to score four times in the second leg without conceding to advance past the round of 16 on the 10th of March.

On the Other hand, Liverpool secured a routine victory against their opponents in a match played on a neutral ground.

RB Leipzig faced the former champions at Ferenc Puskas Stadium in Budapest as Germany’s restriction on Britain prevents the match from happening in its country.

Both goals scored in the second half came as a result of defensive fragility for the German team.

Mo Salah pounced on a faulty back pass to get the first goal and Mukiele’s slip on a clearance gifted Sadio Mane for the second.

The second leg between both teams will be at Anfield with a spot for the quarter-finals up for grabs.