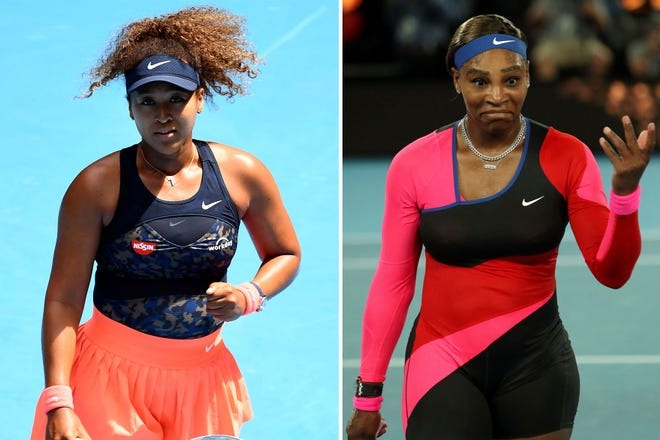 Jameela News reports that Serena Williams had her bid for a 24th Grand slam trophy halted again by a familiar opponent in 23-year-old Naomi Osaka.

The semi-finals which were to give the Legendary tennis player an opportunity to equal Margaret Court’s record went in favour of the Japanese with a 6-3 6-4 score.

Naomi Osaka, who boasts a record of winning any Grand slam she reaches its Semifinals, showed authority in a battle of dominance on the court.

She takes the head to head advantage 3-2, over her role model on professional meetings. Osaka who won the 2018 US Open(against Serena in the final), 2019 Australian Opens and 2020 US Open has a chance to add her fourth against her opponent, Jennifer Brady on Saturday.

Serena, whose last slam was the 2017 Australian Open will continue her bid for the legacy status with her focus being on the next Slam, Roland Garros.