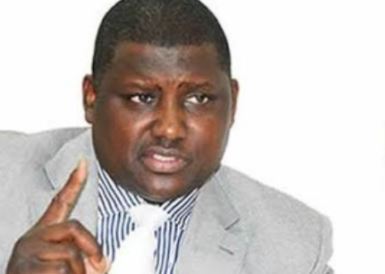 Abang insisted that it was at the discretion of the court to grant bail but Maina was undeserving of the verdict.

According to the judge, the court received a medical report from the University of Abuja Teaching Hospital which claimed that Maina was not under any medical emergency.

This online news medium recollects reporting that Maina was arrested in the Niger Republic in December for violation of the court order.

Justice Abang said that the action of fleeing to Niger and the ex-pension boss inability to provide substantial materials disqualifies him from getting a second bail.

The judge also said that Maina was a “proving risk” for breaching a court order which restricts him from travelling out of Nigeria.

“He has disappointed the court,” he affirmed.

Meanwhile, this online news medium gathered that Justice Abang also refused to release his properties which includes a BMW Car, confiscated by the Economic and Financial Crimes Commission (EFCC).

On November 18, 2020, the court had ordered the arrest of Maina after he scaled bail.

On December 4, 2020, the court also ordered that the embattled PRTT ex-boss be remanded in prison pending the hearing and final verdict on the case.

However, Jameela News learned that Maina had on December 24, 2020, applied for another bail through his lawyer, Anayo Adibe despite jumping bail.

On January 20, Anayo argued in a sitting led by Justice Abang that the bail application became important because the state of his client’s health was deteriorating.

He even claimed to have reasonable sureties in place for Maina if his bail application is granted.

Addressing his jumping bail, Maina clarified that he travelled to the Republic of Niger to have knee surgery. He claimed that the surgery was done to prevent the amputation of his leg.