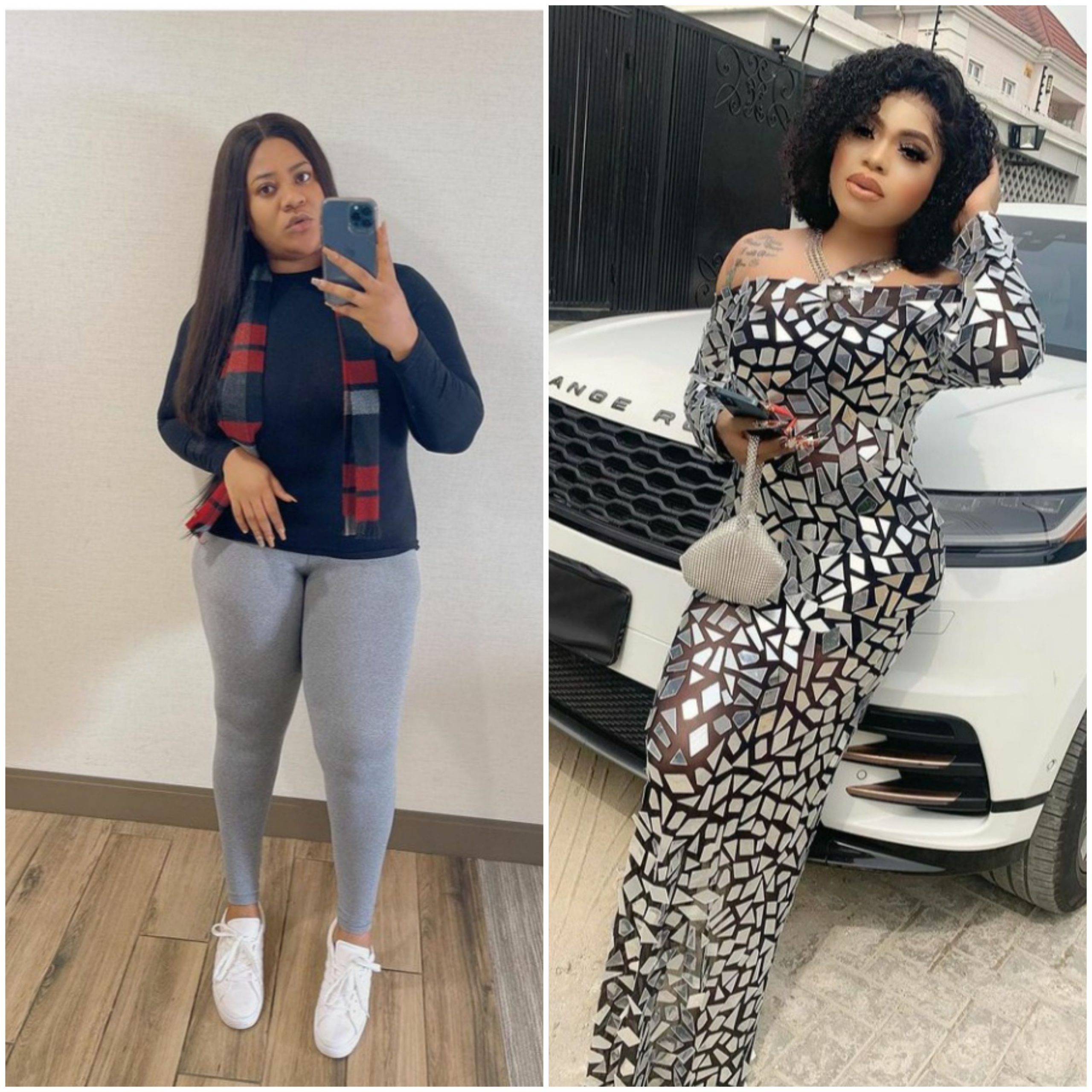 Actress Nkechi Blessing and Cross-dresser Bobrisky berate each other over a married man.

Jameela News Nigeria reports that popular Yoruba actress Nkechi Blessing has been lambasted by cross-dresser Bobrisky after she asked if he was “mad” on social media.

This online news medium obtained from a post shared by the socialite cross-dresser on Instagram where the actress inquired about the sanity of Bobrsiky and a regular Instagram user called Ibukun.

Reacting to the actor’s comment, the cross-dresser took to his Instagram page on Thursday, February 25, in a series of post to reveal that despite being a man, he was able to snatch the lover of the actress.

Using words like the male and female organs he hailed himself for being better than the actress in beauty, wealth and social class.

See all the banters from Bobrisky in the photos below:

Meanwhile, Jameela News Nigeria learned from the Instagram feed of the Yoruba actress that Bobrisky had been trying to drag her online since 2019 over a man, whom she claimed was even married.

Nkechi Blessing who shared a screenshot of Bobrisky’s chat with her, where she said she wasn’t going to respond to any banters from him, gave up after the cross-dresser kept mentioning her name in a series of post.

See her response below: