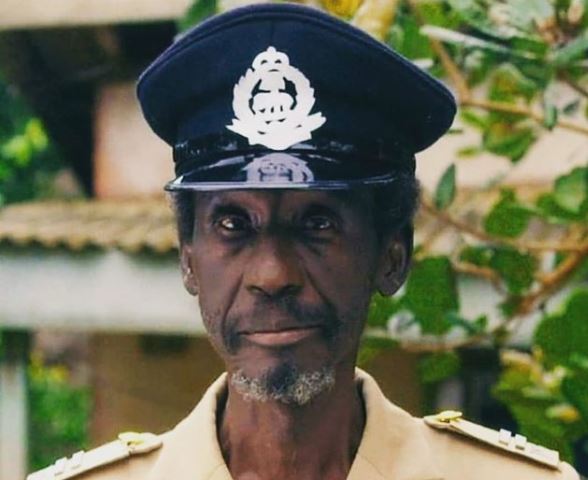 Jameela News reports that a seasoned journalist and actor Sadiq Daba who died on Wednesday, March 3, has been buried at the Agege Cementary in Lagos state.

Sadiq Daba is dead, Cause of Sadiq Daba’s death

Sadiq Daba died in the late hours of Wednesday, March 3, after a prolonged battle with leukaemia and prostate cancer.

The veteran actor was a news anchor with the Nigerian Television Authority NTA before venturing into Nollywood (the Nigerian movie industry) in the early 80’s in a popular TV series Cockcrow at dawn where he played the role of Bitrus.

Sadiq Daba won several awards and will be remembered for his footprint in the entertainment and information industry.

Since his death, several celebrities and top politicians have mourned him online.

“Sad that the cock will no longer crow at dawn. Sadiq Daba, thank you for the joy you brought into our homes. May your sins be forgiven and your memories be a blessing,” Atiku wrote on Instagram.

He wrote: “We lost another gem. A veteran and an icon. Mr SADIQ ABUBAKAR DABA! 😔

Dr Joe Odumakin, described the actor’s demise as a rude shock on tweeter.

“God, I need all the strength and courage to bear this irreparable loss. Words fail me,” she wrote.

Even a woman identified as Lady Oboh broke down while recounting the futility of their efforts in trying to save the deceased actor.

“It is very sad. To be honest, our medical system is very poor. The way he was handled in the hospital is very appalling.

“All the efforts we made to save his life amount to nothing as it appears now. It’s really bad that when you are sick and rushed to the hospital, the doctors will not attend to you immediately because of the fear of COVID-19,” Lady Oboh wrote.

Her words, “Uncle Sadiq you had a good run.I thank God that you worked till the end. Rest well dear friend. Rest well.”

Seasoned Nollywood director, producer and actor Kunle Afolayan Eulogizes the actor in a beautiful post on Instagram, confirming the mark he made while he was alive.

He wrote: “You came, You fought, You conquered

“The life of one we love is never lost. His influence goes on through all the lives it ever touched” – Christopher Holloway.

… Just like the impact of our dear beloved one, Mr.Sadiq Daba whose ever positive and enlightening presence left an unforgettable mark in our hearts. We’ve come a long way as a family, and we are truly grateful for every moment we shared together.

Mr.Sadiq is the greatest warrior we’ve ever known, and his undaunting nature shone bright during his time on set with us. He was determined to enjoy everything he loved – including acting. And this we are extremely happy to be a part of.

His enthusiasm at playing Inspector Danladi Waziri in October 1 and Prof. Yahaya in Citation is a true definition of his optimistic and passionate self, which we’ll never forget. No one could have played these roles better than Mr.Sadiq Daba.

Words can’t describe how grateful we are to have been a part of his life on earth, but we hope this short video will do justice. He will continue to live on in our hearts.