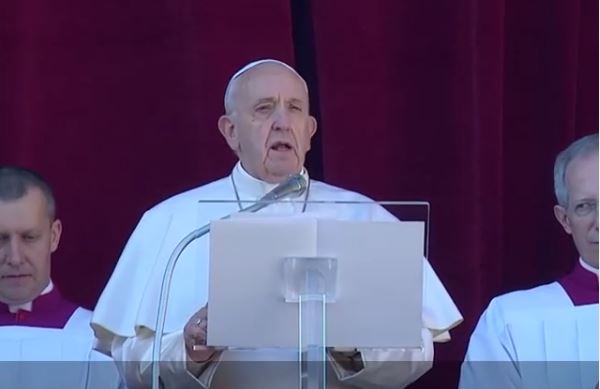 Jameela News reports that Pope Francis has been condemned by the Lesbian, Gay, Bi-sexual, Transgender and Questioning advocates for rebuffing gay marriage.

The Executive Director for DignityUSA Marianne Duddy-Burke described the decision of the Vatican spiritual leader as tragic because most of her members who has had same-sex marriages are Catholics.

She said, “The fact that our church at its highest levels cannot recognize the grace in that and cannot extend any sort of blessing to these couples is just tragic.”

This online news medium learned that Pope Francis described same-sex marriage as a sin, adding that “God cannot bless a sin,” while establishing a new decree about the topic at the Vatican on Monday, March 15.

The Pope felt the need to address same-sex marriage by the Catholics after a statement he said in October 2020, that, “homosexuals have a right to be a part of the family. … They’re children of God and have a right to a family. Nobody should be thrown out, or be made miserable because of it.

“If a person is gay and seeks God and has the goodwill of God, Who am I to judge?”

This statement, however, made Gay Catholics believe that the Church has become more liberal and will in the nearest future approve of same-sex marriages.

On Monday, the reformist Vatican Priest explained clearly that the only union recognised by God is the union between a man and a woman, adding that same-sex marriages are “not ordered to the Creator’s plan,” stressing that such unions are illicit and sinful.

Reacting to the new decree by the Pope, Duddy-Burke among other advocates have expressed disappointment in the decree by the Vatican head.

Ross Murray, a member of a religious group in charge of LGBTQ said that “Having sin be explicitly included in this statement kind of brings us back to zero.”

Meanwhile, a professor of religious studies at Manhattan College, Natalia Imperatori-Lee has condemned the teaching of the Vatican Catholic priest.

According to her, “It boggles the mind that the hierarchy can affirm that LGBTQ+ persons are made in the image of God but that their unions are a sin.”