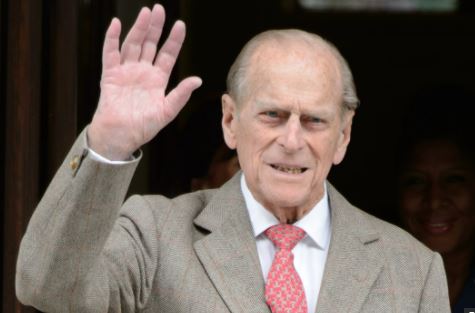 Jameela News reports that the United Kingdom is mourning the death of Prince Philips, husband of the British Monarch head, Queen Elizabeth II.

This online news platform understands that the deceased Prince Philips died at the age of 99.

Buckingham Palace confirmed the death of the Prince who was also Duke of Edinburgh in a post on Friday, April 9.

“It is with deep sorrow that Her Majesty The Queen has announced the death of her beloved husband, His Royal Highness Prince Philip, Duke of Edinburgh. His Royal Highness passed away peacefully this morning at Windsor Castle,” the palace said in a statement.

“The Royal Family join with people around the world in mourning his loss. Further announcements will be made in due course,” the statement continued.

This online news also learned that the Palace have replaced their family’s website with a new page to announce the death of the Prince. “The Duke of Edinburgh,” the message reads. “1921-2021.”

In December 2019, the Duke of Edinburgh was hospitalized for four days and he was also hospitalized in February as a “precautionary measure” after feeling ill.

In March of 2020, he was discharged from the hospital after a one-month stay of treating infections and a pre-existing condition.

74 years ago, Prince Philips of Greece and Denmark celebrated his nuptials with the Queen of England with over 200 million people broadcast through the BBC radio.

In 1997, during his 50th wedding anniversary, the Prince revealed the key to every successful relationship is “tolerance”.

His words, “tolerance is the one central ingredient of any happy marriage. It might not be so important when things are going well, but it is absolutely vital when things get difficult.”

Jameela News understands that Prince Philip was the longest surviving British male monarch after his passing at the age of 99.