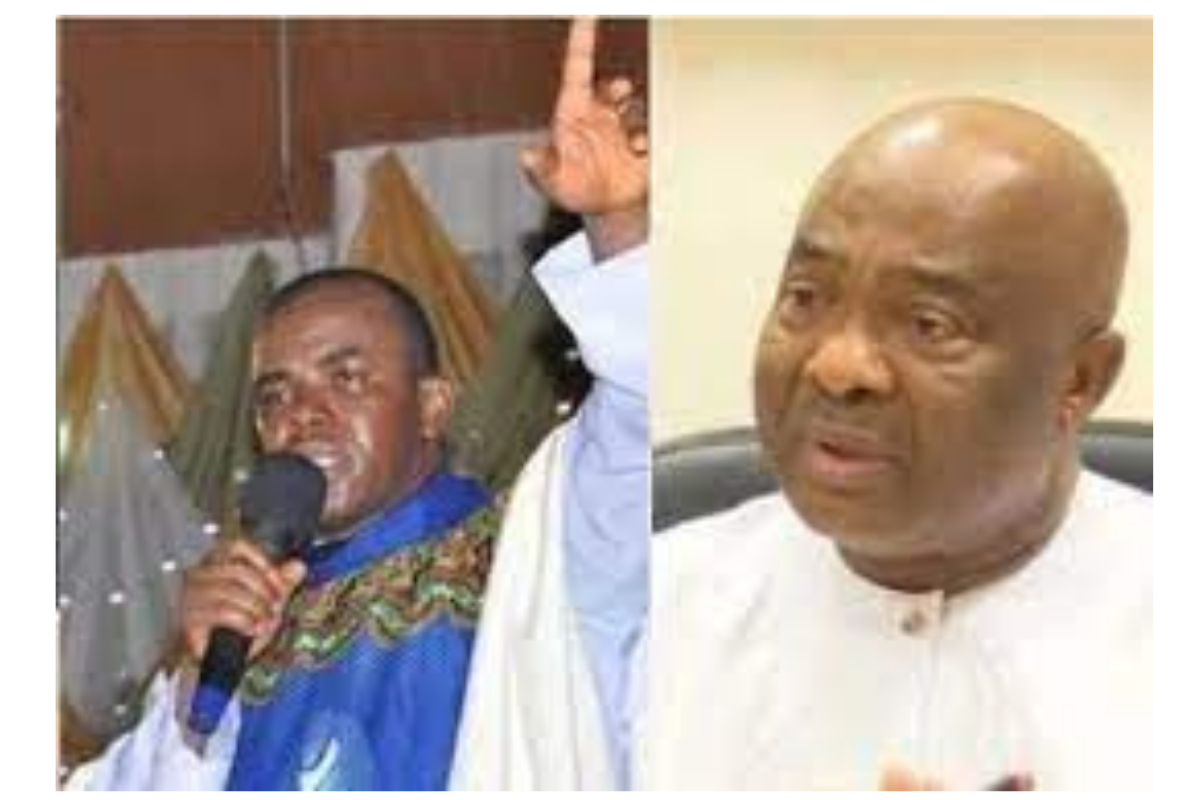 Father Mbaka has cried out about being shunned by Hope Uzodinma, the Governor of Imo state. He declared that the Governor no longer picks his calls.

Jameelanews. ng reports that Mbaka who is a Catholic Priest and Spiritual Director of Adoration Ministry, Enugu in previous times has been a pro-Uzodimma person. The priest had said Hope Uzodinmma would become governor. He gave a lot of prophecies in this regard.

Now Uzodimma has assumed power and Father Mbaka says he has not been answering his phone calls. He also says The Governor has not even come to the church to show appreciation for the victory gained. The priest claims that he is not after his money but wants to serve as a wise counsel to him.