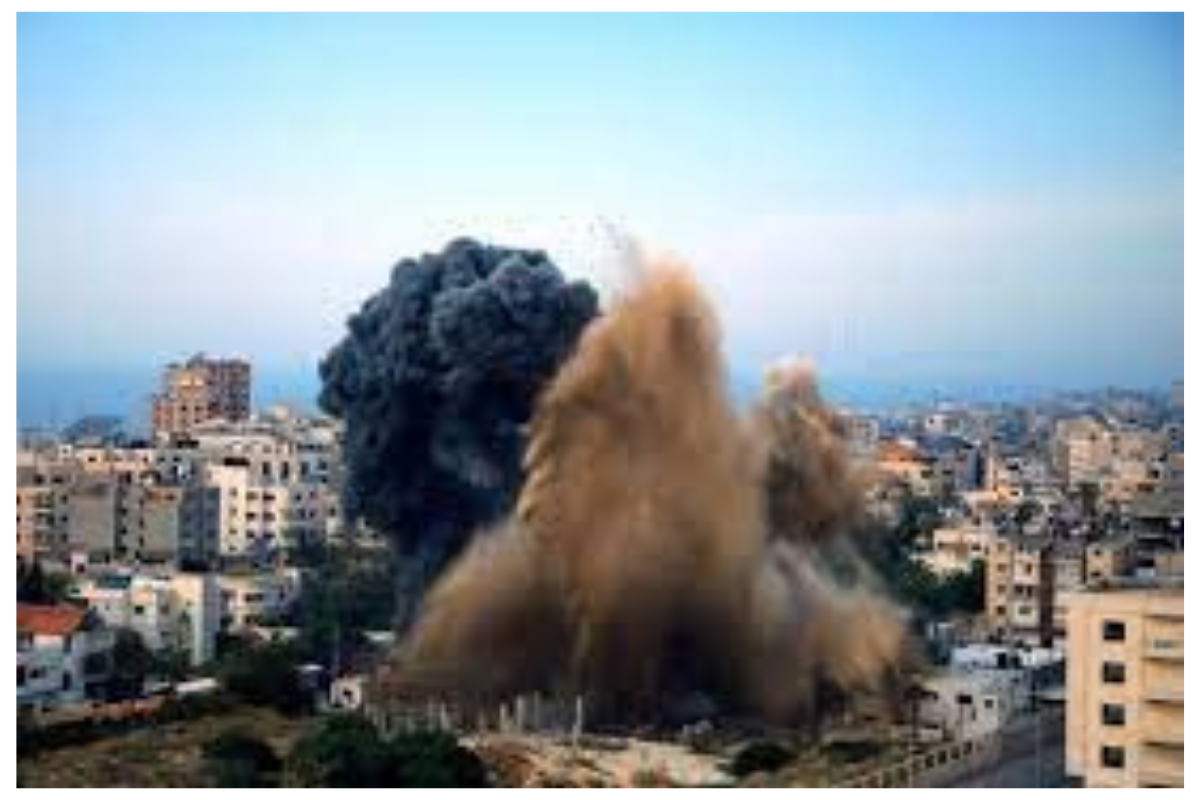 The hashtag #GazaUnderAttack trended all morning and is still trending as Israel carried out hundreds of airstrikes in Gaza early hours of this morning.

Jameela News reports that the violence escalated after 43 Palestinians were killed in Gaza and five in Israel following airstrikes.

Two multi-story residential buildings collapsed and were heavily damaged after they were repeatedly hit by airstrikes. Israel on the other hand said its jets had targeted and killed several Hamas intelligence leaders.

Israeli Prime Minister Benjamin Netanyahu disclosed that militants unleashed a fierce late-night barrage of rocket explosions in the Tel Aviv metropolitan area. This serves as a basis of the recent retaliation this morning

Jameela News reports that Gazans’ homes shook and exploded from Israeli attacks, rockets, and missiles. At least 30 explosions were heard within a matter of minutes just a little after dawn today.

While many worshippers gathered for Laylat al-Qadr at Masjid Al Aqsa, the third most sacred place of worship in Islam, they were attacked by Israeli police.

Israeli forces blocked the roads that led to Al Aqsa, this threatened the freedom of religion for the Palestinian worshippers.

The Israeli Ministry of Foreign Affairs gave a statement declaring the cause of the violence as a “direct result of incitement by Palestinian terror groups”.

Blame games everywhere, however, what should not be condoned is the violence against Gaza today. When worshippers should be resting and reminiscing on the holy month and activities; then this happening to them. Evil should not go unpunished.