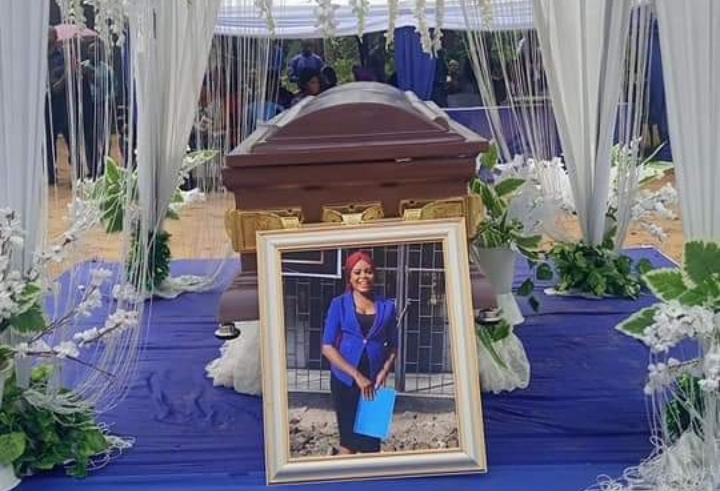 Uduak lured Iniobong with a job offer to a hideout, raped her before killing her, and buried her in a shallow grave, according to confessions he made to the police.

Following the arrest of Uduak Akpan, The Nigerian Police exhumed the body from the shallow grave and put it at the University of Uyo Teaching Hospital morgue for autopsy.

Following reports from the police, Uduak is a confessed serial rapist who has owned up to the raping of other victims.

The police had said, from the conclusion of investigations, Uduak would be charged to court. Justice should prevail.

See pictures and videos below:

INIUBONG UMOREN, as you are laid to Rest today, May your soul find rest in the Bosoms of ABRAHAM

Iniobong ur death won't be in vain

As sad as ur demise is, it has saved lives already, it has opened a can of worms &set fire to the asses of them who perpetrated crimes against humanity, it has given some parents closure on their missin children