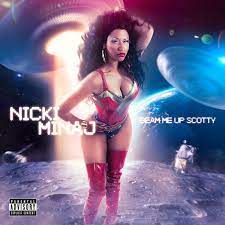 Nicki Minaj, one of the best female rappers of all time has released a mixtape and one of the songs in the mixtape features giants in the music industry; Drake and Lil Wayne.

Barbz and other Nicki lovers are so excited and it has got her trending all over. She had a large audience on her Instagram live yesterday and songs on this album are already top songs on Billboard.

During the night stream yesterday, Nicki confirmed Beam Me Up Scotty would finally be released on major streaming sites and would include a fresh track called “Seeing Green” featuring Drake and Lil Wayne. Drake joined the live later and disclosed that

“It didn’t feel right, you not being on it …” he said. “Nobody does this shit better than you … We miss your presence, we miss your bars.”

Nicki then said: “Drake got me out of my writer’s block. He sent me something and it made me feel so competitive again”