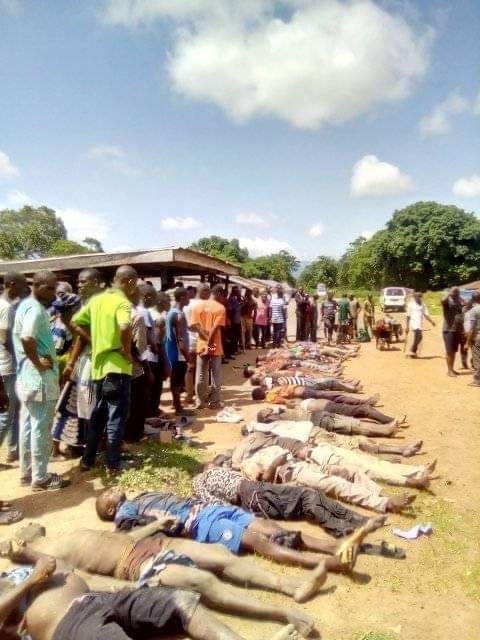 Nigerians on social media have reacted to the alarming rate of violent killings being carried out in Benue State by suspected herders.

The hashtag #BenueUnderAttack is a top trend, today, Friday, the 28th of May, 2021. Attention has been called to the authorities to gory images as evidence of the mass killings.

Jameela News reports that over 200 people have been reportedly killed in the last month in Benue.

In a recent post, we reported how suspected herders attacked Katsina-Ala Local Government Area of the state, killing over a hundred residents and rendering many others homeless.

Governor Samuel Ortom of Benue state has repeatedly reached out for the federal government’s intervention, noting that the attacks are increasingly overwhelming security agencies.

The state government, against the advice of the federal government, said it would not revert its ban on open grazing.

Governor Ortom has also urged the people to defend themselves against killer herders.

“I’ll no longer announce the deaths of those killed by Fulani herdsmen; rise up and defend yourselves with weapons not prohibited by law, bows and arrows, spears, knives, and similar ones,” The Governor said this on Sunday.