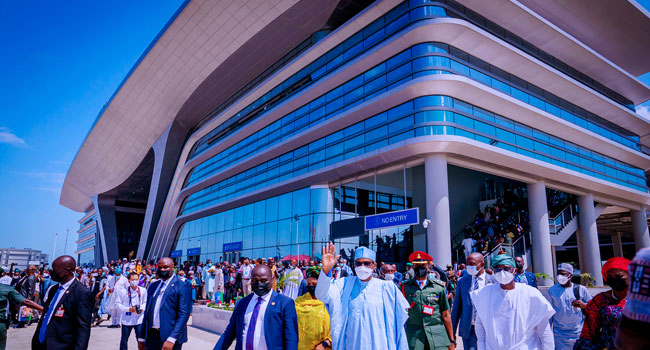 President Muhammadu Buhari is in Lagos for the commissioning of some projects by the Federal Government.

Jameela News reports that there was a heavy presence of security operatives in some parts of the city earlier today because of the President’s visit.

He was at Ebutte Meta Terminal of the Nigerian Railway Corporation for the commissioning ceremony of the Lagos Ibadan rail project and the flag off of commercial operations.

Thereafter, he proceeded to the Energy Nature Light Terminal of the Apapa Port to further commission the Integrated National Security and Waterways Protection Infrastructure, otherwise known as the Deep Blue Project.