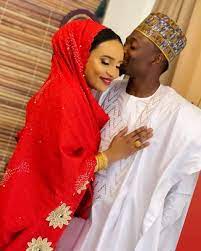 Jameela News reports that the Kano Pillars football star got married in a low-key ceremony to a woman identified as Maryam.

Before his marriage to Juliet, the former CSKA Moscow and Leicester City striker had a serious dispute with his now-estranged wife Jamila, who is also the mother of his two children.

The couple then got divorced following “irreconcilable differences” in 2017.

This is Ahmed Musa’s third attempt at marriage.