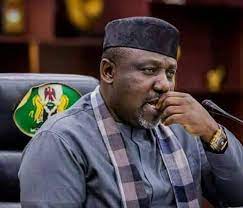 The National Working Committee (NWC) of the All Progress Congress has suspended Rochas Okorocha, a former Governor of Imo State over anti-party activities.

Jameela News reports that the suspension was communicated in a letter and signed by Mai Mala Buni and John Akpanudoedehe, national chairman and secretary of the APC caretaker committee.

The Senator representing Imo West was also accused of abusing the person and office of the President of Nigeria.

The letter read in part, “This is to communicate to you, the National Working Committee (NWC) of the All Progressives Congress (APC) Party ratification of your suspension by the Imo State Chapter of our great party for anti-party activities.

“The suspension follows after the recommendation by the Imo State Disciplinary Committee set up to investigate allegations of gross anti-party activities against you, which is in line with Article 21 (B) I-VI of our party’s constitution.

“Below are the anti-party activities on which the investigation and subsequent suspension were relied upon. Continuous, discrete meetings with the opposition party both at the state and national level.

“Flagrant public abuse on the person and office of the President, Republic of Nigeria (An APC-led government).” 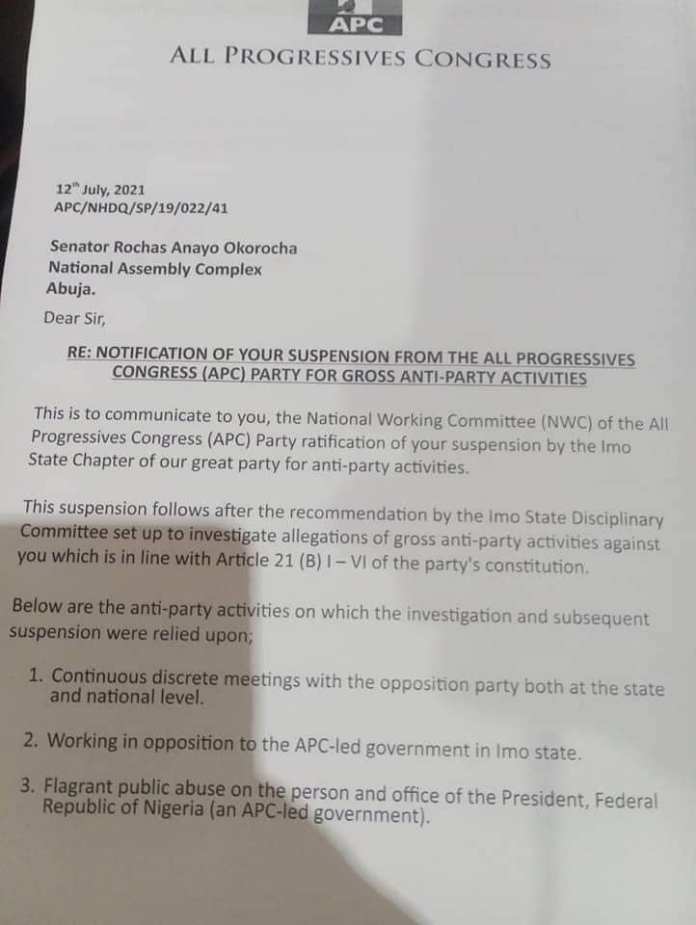