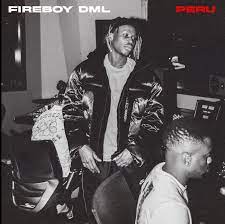 Nigerian afro-pop singer, Fireboy has come through with a new single ‘Peru’ ahead of his highly anticipated new album.

Jameela News reports that the talented singer took to his social media pages in the early hours of Thursday to announce the official release of the single.

“Still working on the album. A quick thing for my people dem, ‘Peru’ produced by Shizzi out now everywhere,” he wrote.

‘Peru’ is Fireboy’s first single of the year

After few hours of its release, the Shizzi-produced track has garnered thousands of traction on streaming platforms across the world.

It has also become the subject of discussion in the Nigerian music community on Twitter.

Fireboy has continued to pull the strings since he joined YBNL, a record label owned by Music Boss Olamide in 2018.