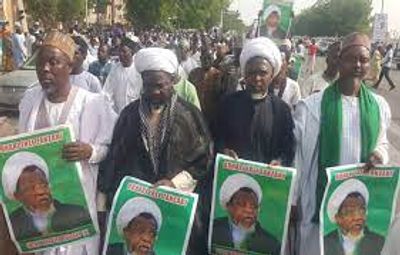 Members of the Islamic Movement in Nigeria (IMN) on Friday vowed to continue their protests until their leader, Sheikh El-Zakzaky, and his wife Malama Zeenat Ibraheem, are released unconditionally.

The two have remained in detention despite several court orders calling for their release. The government accused the IMN of not recognizing the Nigerian constitution and authority.

His prolonged detention has fueled several protests by members of the Shiite movement in many Nigerian cities.

Jameela News gathered that one of the top leaders of IMN, Abdullahi Musa has urged President Muhammadu Buhari to release El-Zakzaky and his wife due to their health report.

Musa said: “While condemning the role played by Saudi Arabia in the Zaria massacre and in Sheikh El-Zakzaky’s continued detention, we cannot afford to fold our hands and sit at home anymore, watching Buhari and his sponsors try hard to kill the Sheikh.

“We have been staging protests in Abuja and across the country as well. It will continue until he is released unconditionally, as the case is already at the International Criminal Court of Justice.”