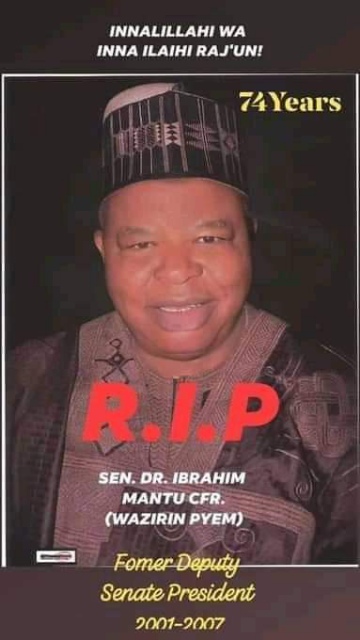 The former Deputy Senate President, Ibrahim Mantu, who died in the early hours of Tuesday, has been buried in Abuja.

Jameela News reports that He was aged 74 years.

Family members, friends, and political associates of the late Ibrahim Mantu had converged at the Sheikh Khalid mosque in the nation’s capital, where prayers were held for the deceased.

Dignitaries who attended the prayer session include the former Speaker of the House of Representatives, Dimeji Bankole, former governor of Kano State, Rabiu Kwankwaso among others.

The interment was held at the Gudu cemetery also in Abuja.