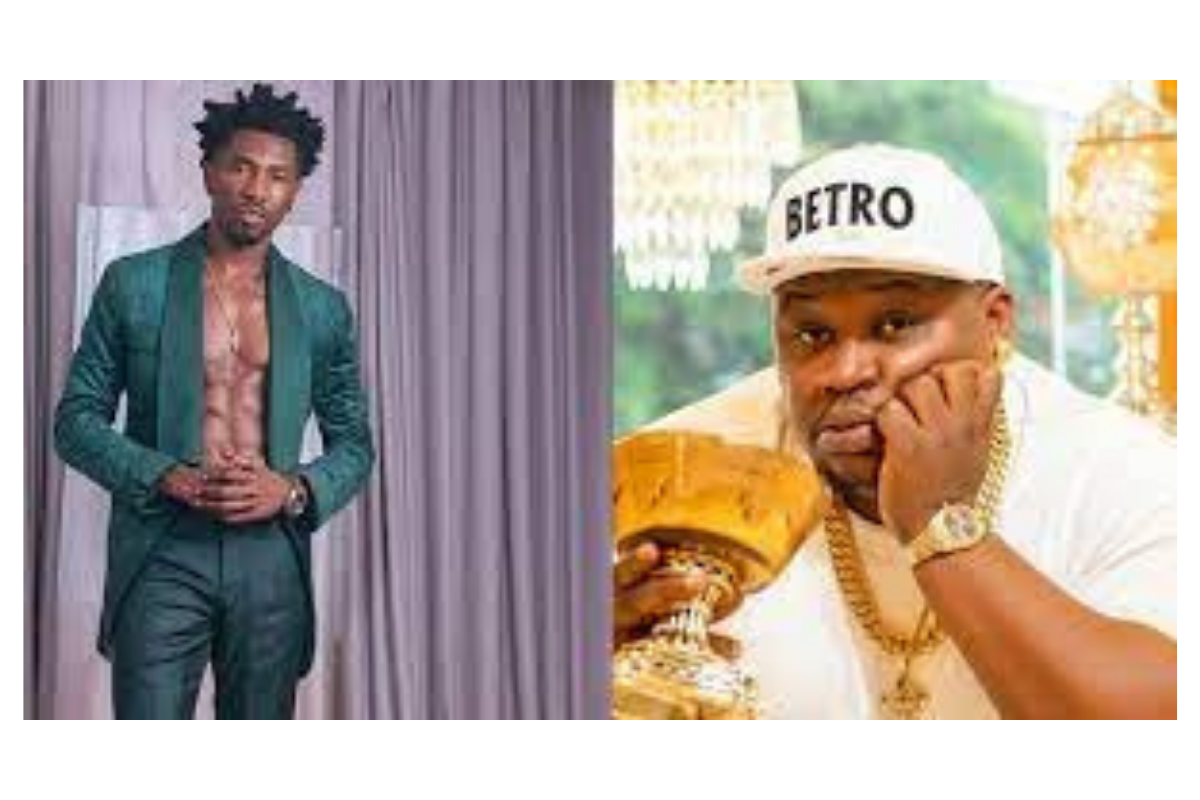 Controversial Big Brother Naija housemate, Boma has come for popular celebrity barman, Cubana Chiefrpiest over his comment on his relationship with a married housemate, Tega.

Jameela News reports that while in the Big Brother house, the BBNaija housemate was in an amorous relationship with a married woman, Tega. Several videos of him kissing and cuddling Tega surfaced on the internet and triggered a lot of reactions from viewers who bashed them.

One of the many Nigerians who reacted to Boma and Tega’s relationship was Cubana Chiefpriest. He berated Boma over a degrading comment he made about Tega.

Advertisements
Well, the BBNaija housemate in a recent interview has slammed Cubana Chiefpriest over his comment and warned him to keep his name (Boma) out his mouth.

“And I was like bro are you serious? Show me a video of me telling Pere? Like are you guys not following the game or you just want to call me out and talk because you want to talk and you have a mouth, If you want to drag me, drag me for something I did, not something you think”. Boma said.