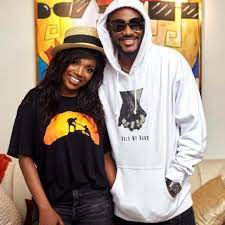 Leaked audio has been released where Annie Idibia was heard to have vowed to ruin everything and show the world the wrath of an angry woman.

Jameela News reports that the actress had recently called her husband out on social media, accusing him of sleeping in the same house with his baby mama, Pero during a vacation.

In the audio which was released on social media by Instagram blogger, Gistlover, Annie amid sobs claimed that her husband planned with his manager and family to flee their home to the U.S to see his baby mama, Pero again.

“I’m going to scatter everything. I’ll ruin everything. Nobody knows the wrath of an angry woman. My husband told me he had a shoot today and packed his things and his cousin helped him plan it.

“His family does not love me, they hate me. They’ve been giving me hell for the past years. My husband is on his way to America. He planned with Frankie and Efe Omoregbe. I don’t deserve this. He thinks I’m in his way. He’s on his way to America without telling me. He’s going to see Pero”, she’s heard saying.

Listen to the audio note below