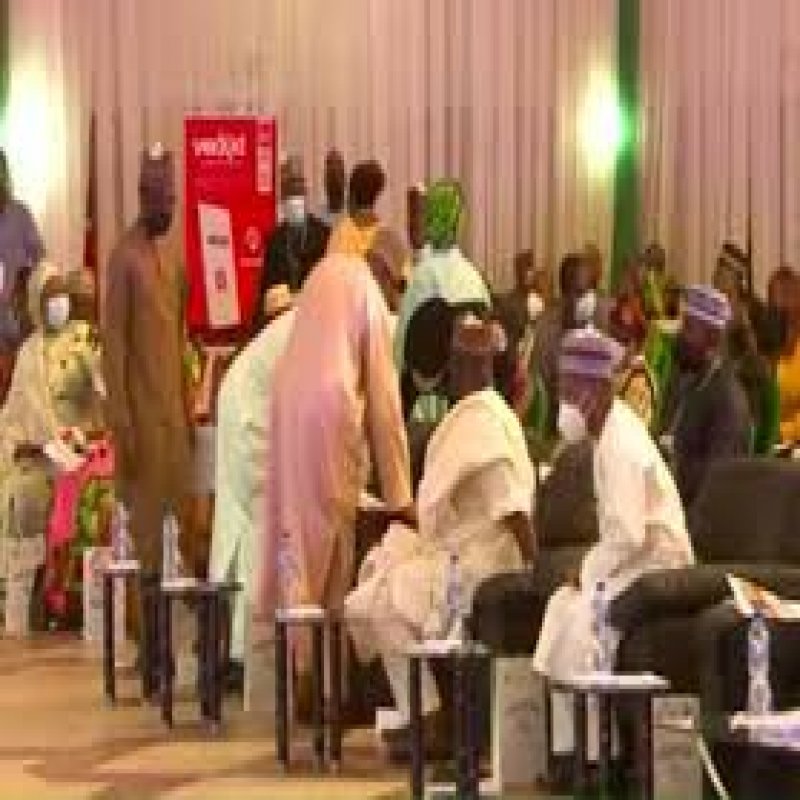 Chairman of the Economic and Financial Crimes Commission (EFCC), Abdulrasheed Bawa, on Thursday slumped at a programme at the Presidential Villa, Abuja.

Jameela News reports that the EFCC Chairman was speaking on the importance of digital identification in commemoration of the National Identity Day when he suddenly became emotional, attributing his demeanour to the death of a member of staff of the commission.

The EFCC Chairman, however, did not give details of the person’s identity.

Shortly after, he said he couldn’t continue his speech and then walked off the stage, sat in his chair and slumped.

The EFCC boss was then immediately rushed out of the hall, accompanied by the Minister of Communications and Digital Economy, Mr Isa Pantami.

Mr Pantami later returned to the hall and said he was now in a stable condition.

Meanwhile, the EFCC in a statement by its Head, Media and Publicity, Wilson Uwujaren, has assured the public that Mr Bawa is hale and hearty.

“He has since received medical attention and is due back at his desk,” the statement read.