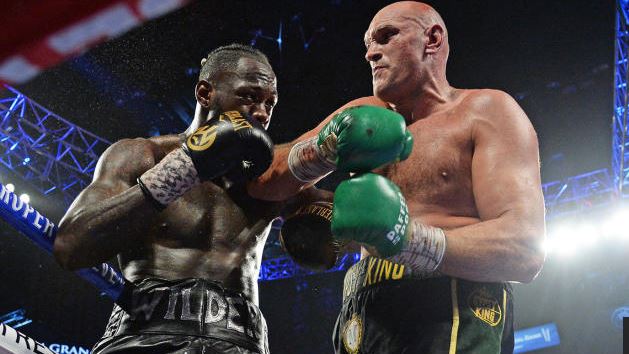 Tyson Fury vs Deontay Wilder 3 start time, how to watch, full fight card, can be accessed below.

Jameela News reports that heavyweight boxing titans Tyson Fury and Deontay Wilder will be facing off this Saturday, October 9, 2021, for the third time in what could be one of the biggest boxing fights of the year.

This online news platform understands that Tyson Fury vs Deontay Wilder 3 is a fight people didn’t initially ask for, this may be due to the fact that Fury dominated Wilder in their second fight after they fought to a draw in a contest most people believe Fury won. Given the lopsided nature of the second fight, most were hoping to see a fight between Fury and Anthony Joshua.

However, in a strange twist, Anothony Joshua recently suffered an upset loss to Oleksandr Usyk, which brings much more gravitas to Fury vs. Wilder fight. Maybe this is a fight between the two best heavyweights in the world.

It’s a huge fight regardless, with a bit of drama attached. Wilder has accused Fury of cheating in their second fight, repeating his accusations again in the lead up to this fight, claims Fury has repeatedly rubbished.

Here’s everything you need to know about Tyson Fury vs Deontay Wilder 3 fight.

If you’re looking to tune into the main event between Fury and Wilder, it won’t take place before 11pm EDT (8pm PDT). So set your alarms for then. Depending on how fights on the undercard play out, it could be a little later.

In the US, much like the UFC events, the Tyson Fury vs. Deontay Wilder fight is exclusive to ESPN Plus. If you’re already a subscriber, you just need to pay $79.99 for the event itself.

This means you’ll not only have to pay $79.99 for the PPV event, but you’ll also have to subscribe to the ESPN+ service.

In the UK the Tyson Fury vs. Deontay Wilder fight is exclusive to BT Sport for £24.95.

In Australia, the Tyson Fury vs. Deontay Wilder fight is exclusive to Kayo for £24.95.

Here’s everyone fighting on the main card…