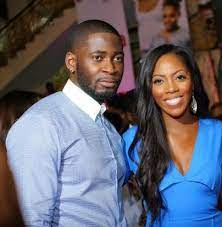 Tiwa Savage’s ex-husband, TeeBillz has finally broken his silence on her alleged sex tape and has defended her.

Jameela News reported that Tiwa Savage cried out on social media over being blackmailed by someone who has her sex tape and demanded money from her.

She also announced her decision to talk to her 6-year-old son, Jamil about the sex tape, while declaring that she would never conform to the demands of the person trying to blackmail her.

“All I know is a great mother for my MiniMe….: let that sink in your head b’4 u msg me on some BS! Parents are human too….: I be on my BS too but that doesn’t change my Great father figure! 💛💛😘”