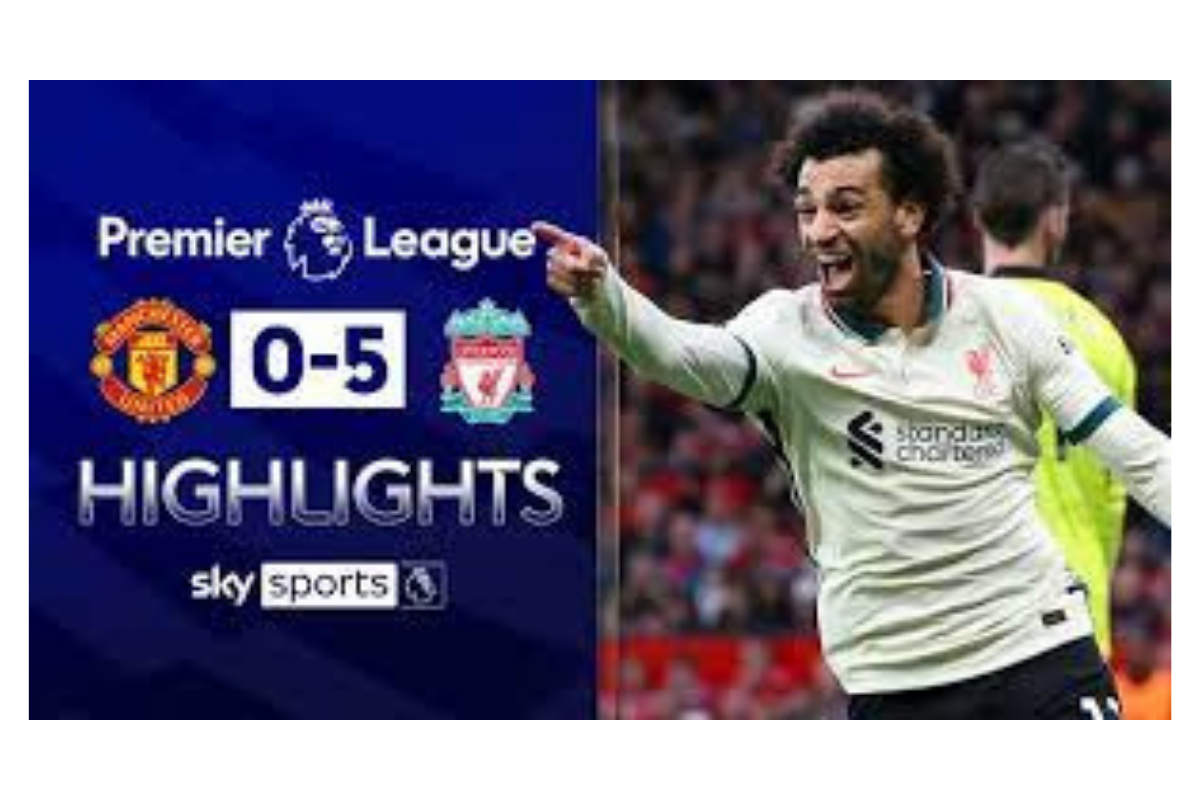 Man United Suffered a Historic 5-0 Humiliation From Liverpool with Mohamed Salah scoring a hat-trick in the 5-0 win.

Jameela News reports that for the first time in Premier League history, Man United trailed 4-0 at half-time and have now suffered a run of taking just one point from a possible 12 in the league.

Salah then took centre stage to take his tally for the season to 15 goals in 12 appearances and become the top-scoring African player in Premier League history in the process.

To round off a miserable day for Man United, Paul Pogba lasted less than 15 minutes as a second-half substitute as he was shown a straight red card for a reckless lunge that forced Keita to leave the pitch on a stretcher.

Salah teed up Keita to open the floodgates after just five minutes with a composed low finish past David de Gea.

Cristiano Ronaldo was lucky to avoid a red card as United’s frustrations bubbled over in first-half stoppage time when he was booked for lashing out at Curtis Jones in a sign of what was to come as the home side lost their discipline.

Liverpool inflicted further punishment before the break when Salah smashed home his 14th goal in 12 games this season at De Gea’s near post.

Salah then completed his hat-trick with another cool finish five minutes into the second half after Jordan Henderson’s pass dissected the United defence once more.

Ronaldo thought he had pulled a goal back only for a VAR review to catch him in an offside position.

Another VAR check saw the end of Pogba’s brief cameo for a horrendous studs-up challenge on Keita that forced the Guinean off.

Solskjaer sacrificed Fernandes and Marcus Rashford to try and stop the bleeding as Old Trafford emptied during the final half-hour.

De Gea ensured Liverpool failed to match their record margin of victory against Man United with an incredible save from Alexander-Arnold’s drive.

However, that did not subdue the mood among the travelling fans as they mockingly chanted for Solskjaer to remain in his job.