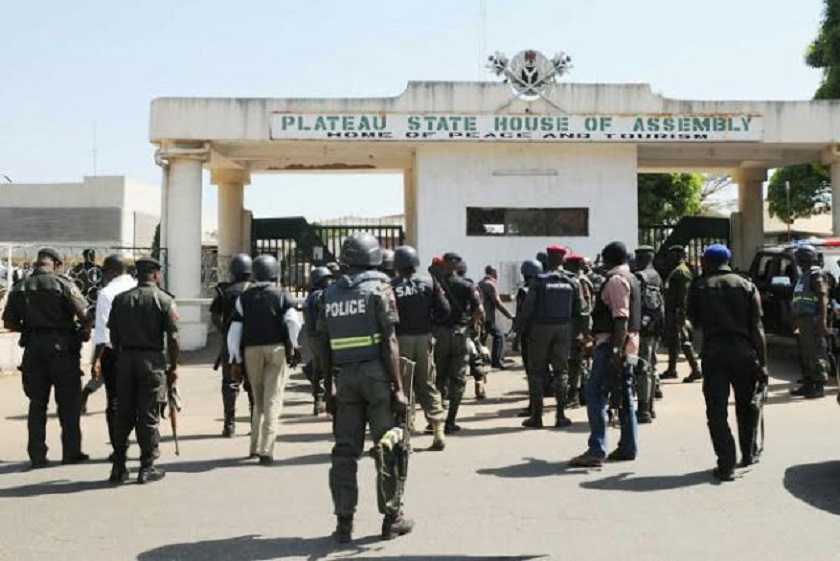 The drama in Plateau Assembly took a heightened dimension on Monday when the impeached Speaker Abok Ayuba and 10 lawmakers loyal to him were whisked away by security agents.

Jameela News reports that around 3:15 pm, Plateau Commissioner of Police, Edward Ebuka, led the 11 members to four awaiting Hilux vehicles before they were taken away.

The members, who were unruffled, said: “We are firm and resolute in our duties to the Plateau people that voted us to the House in our struggle to fight to a logical conclusion until the Speaker is reinstated.”
The member representing Langtang South, Hon Zingtin Sohchang said: “We are now being bungled into four Hilux vehicles by security men to yet to be ascertained place and if after 20miniutes you call us and no response, you should know that we have been taken to an unknown place.”

Abok, when repeatedly asked by reporters if he was under arrest, replied: “I cannot say whether I am under at moment.”

He and the 10 lawmakers were smuggled out of the Plateau Assembly complex through the back southern gate by security men led by the Commissioner of Police.

As of now, security agents have teargassed the protesters with the Complex calm.