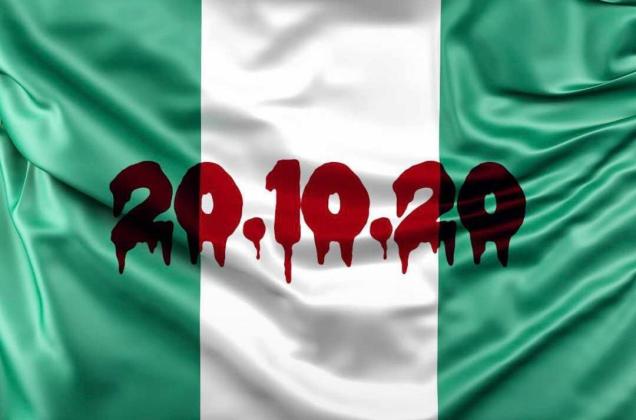 The Lagos Judicial Panel on #EndSARS has confirmed there was indeed a massacre of protesters at Lekki Toll Gate on 20 October 2020.

Jameela News reports that the findings of the panel, headed by Justice Okuwobi, stated that the massacre was carried out by both the military and the police.

The panel questioned the deployment of soldiers to the Lekki Toll Gate as the protest there was peaceful, unlike the pockets of violence in the other parts of the city.

“The deployment of the army to Lekki Toll Gate on 20/10/2020, in the absence of any reported violence, was totally unwarranted”, the panel found.

Unlike the official narrative of the government that one or two persons died at the tollgate, the panel confirmed nine people dead and another four missing, but presumed dead, making a total of 13.

It listed the names of the dead casualties and the many with gunshot wounds.

See names of EndSARS victims below 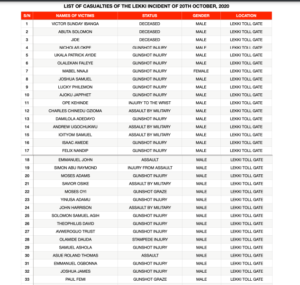 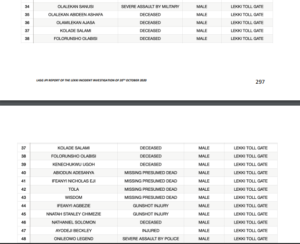