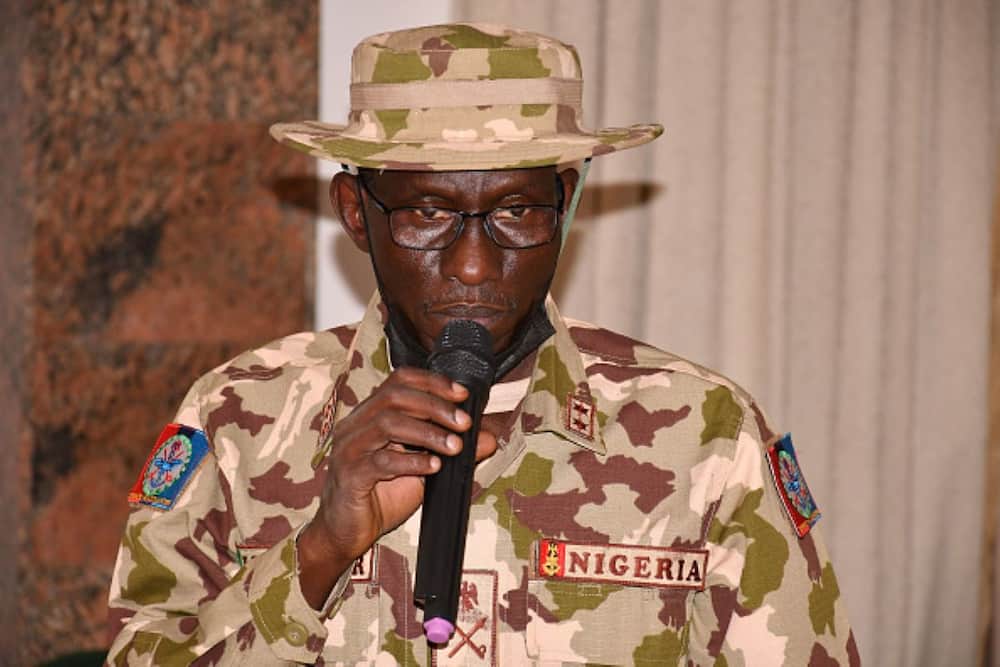 The Nigerian Army and the Federal Government of Nigeria have faulted the release of the EndSARS Report and have refused to comment on the report, which was submitted to Governor Babajide Sanwo-Olu.

Jameela News reports that The Chief of Defense Staff, General Lucky Irabor, also faulted the procedure adopted in the release of a document said to be the report of the Lagos Judicial Panel of Inquiry on police brutality.

The leaked EndSARS Report had indicted officers of the Nigerian Army for killing “unarmed helpless and defenceless protesters, without provocation or justification, while they were waving the Nigerian Flag and singing the National Anthem” at the Lekki Toll Gate on October 20, 2020.

The CDS however explained that he could not, at the moment, comment on the content of the document because he has not seen the official EndSARS Report.

General Irabor, who spoke after a courtesy visit to the Edo State Governor in Benin-City, maintained that the Nigerian armed forces are committed to their constitutional mandate and do not engage in ignoble acts.

“I am sure those of you in the media must have seen an EndSARS Report that was released through, in my view, a wrong channel, that is making the rounds in the social media,” the CDS said.

“Whether it is a true report, I can’t tell. But I’d like to indicate that the normal procedure is to have such a report like the EndSARS Report submitted to the convening authority. And then there will be a white paper that will be presented, based on which one can make informed comments.

“But whatever it is currently, I’d like to indicate that the Armed Forces of Nigeria is a professional armed force. We are peopled by Nigerians and we remain committed to the constitutional mandate. So we will not at this point think that Nigerians should make disparaging remarks regarding the Armed Forces of Nigeria, in the sense that we are professional armed forces. If there are issues, of course, we address them within the ambit of the provisions.

“It would not be right to disparage men and women who have worked so hard to ensure that the territorial integrity of this nation is kept intact. So in the meantime, until I see the full extent of the report.

“We need to understand that the Armed Forces are there to keep the peace, to provide the ambience that will enable each Nigerian to live his or her desires in peace and harmony. So let us not make inciting comments that will put the entire space on fire. That’s not right.”