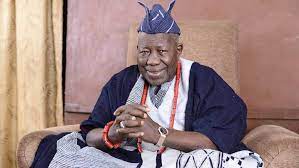 Olubadan of Ibadan is dead and how Olubadan died has surfaced.

Though the Olubadan of Ibadan death was confirmed by palace sources who pleaded anonymity, however, when contacted, the monarch’s aides neither confirmed his death nor denied it.

“Even if he is dead, it is the governor that will announce it,” one of his media aides said when contacted on the telephone by PUNCH.

Please, note that this is a developing story, kindly check back for more details…