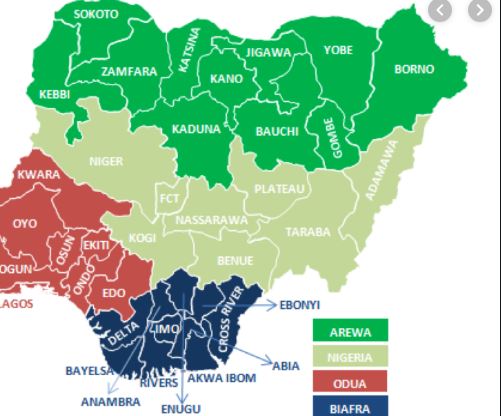 1. There are emerging reports indicating that more bodies of soldiers and police officers killed during an ambush by terrorists at Shiroro, Niger State, have been recovered.

On Sunday, Sani Kokki, the convener of Concerned Shiroro Youths of Niger State, disclosed that the death toll has risen to 48.

2. The Peoples Democratic Party (PDP) Board of Trustees (BoT) Chairman, Senator Walid Jibrin has said that Governor Nyesom Wike of Rivers State is a vital and resourceful member of the PDP who should not be allowed to leave. He said Wike has committed so much to building and sustaining the party, therefore, Party members should desist from doing anything that would encourage him to leave.

3. A man said to be a resident of Lekki Phase 1, Eyenkorin Area of Ilorin, Kwara State, has set his house on fire over a disagreement with his wife. The incident which happened on Sunday was confirmed by the HOD, Media and Publicity of the Kwara State Fire Service, Hassan Adekunle.

4. Some Christians in Kachia Local Government Area of Kaduna State joined Muslims to clear grass at a mosque used for Eid praying during Sallah. Mr Daniel Bitrus, team leader of the volunteers who joined their Muslim counterparts in the exercise, said they did it to promote tolerance and religious harmony.

5. The Benue State Governor, Samuel Ortom’s convoy on Sunday was involved in a road accident in the Federal Capital Territory, Abuja. The governor’s Special Adviser, Media and Publicity, Terver Akase, who made this known in a statement on Sunday, said no life was lost in the incident.

6. The immediate past commissioner for the environment in Enugu State, Hon. Chijioke Edeoga has emerged as the Labour Party governorship candidate in the State. Edoga, who earlier contested the Peoples Democratic Party, PDP, governorship primary election, confirmed this yesterday.

7. A man identified as Ponle Adebanjo has allegedly burnt his estranged wife to death after she left him over domestic violence. The victim identified as Lateefat was reportedly burnt to death on Saturday in the Otun-Akute area of Ogun State by her estranged husband.

8. Strong indications emerged, weekend, that governors elected on the platform of the ruling All Progressives Congress, APC, are insisting on a sitting colleague to be picked as a vice presidential candidate to Asiwaju Bola Ahmed Tinubu for the 2023 election, following the role they played in his emergence as the flagbearer of the party.

9. An angry mob has set ablaze 3 robbery suspects terrorizing Point of Sale operators at Abayi, along Aba-Owerri road, Aba, Abia State. The robbers, operating on motorcycles, were also said to be robbing roadside traders, fuel stations and Keke operators at Afor-ule, Umuimo and Kamalu streets in the area.

10. Presidential candidate of the New Nigerian Peoples Party, NNPP, Rabiu Kwankwaso yesterday expressed optimism that alliance with the Labour Party’s presidential candidate, Peter Obi will happen. Kwankwaso, who spoke in an interview on Sunday, noted that it is highly likely that his party will meet Obi to discuss issues of coming together to work as a family.