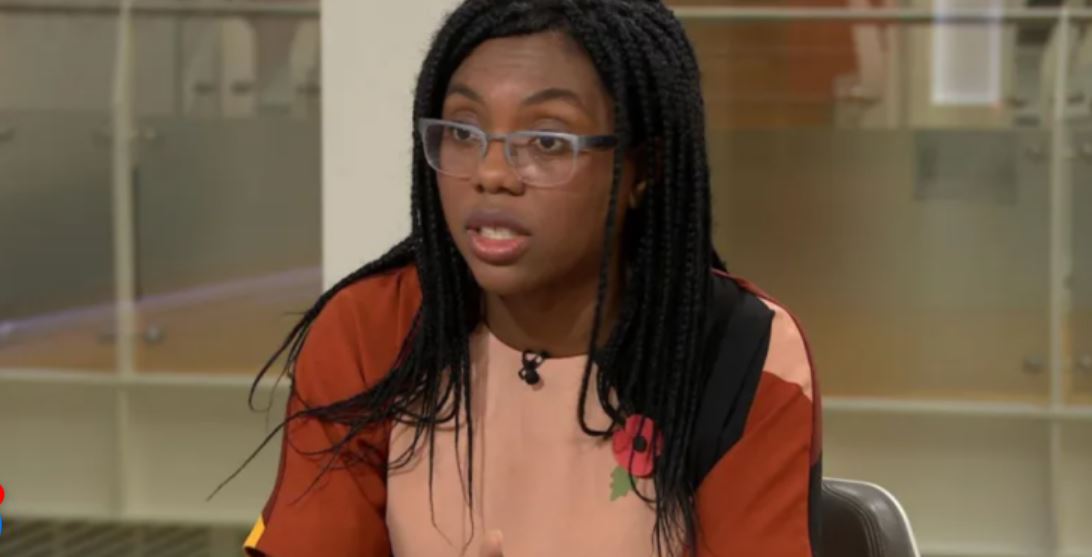 Kemi Badenoch Biography and everything you need to know about Nigeria’s Kemi Badenoch who wants to be UK Prime Minister.

Jameela News reports that a British woman politician of Nigeria lineage, Kemi Badenoch, has declared her intention to succeed Boris Johnson as the next Conservative leader and British Prime Minister.

Ms Badenoch who was the former Equalities Minister, said while confirming her candidacy that she is in the race to seek a limited government and to “tell the truth”, BBC stated.

And two days later on Friday, she made the announcement to replace the former PM, making her the latest high-profile Conservative Member of Parliament (MP) in the race after former chancellor Rishi Sunak.

Sources, however, disclosed to BBC that there was “real disappointment” with Sunak in Downing Street.

They accused Sunak of having a “short memory”, adding: “It was the prime minister who trusted him and gave him a top job when he was a junior minister.”

“The prime minister backed him to the hilt. It’s a shame it wasn’t reciprocated.”

Badenoch was born in Wimbledon, London, to Nigerian parents. Her childhood was spent in part of the United States of America, and in Lagos, Nigeria. She returned to the United Kingdom at the age of 16.

After studying Computer Systems Engineering at the University of Sussex, Badenoch worked as a software engineer at Logica. She went on to work at the Royal Bank of Scotland Group as a systems analyst before working as an associate director at Coutts and later as a director at The Spectator magazine.

Badenoch joined the Conservative Party in 2005 at the age of 25. At the 2010 general election, she contested the Dulwich and West Norwood constituency against Labour’s Tessa Jowell and came third.

“Without change the Conservative Party, Britain and the western world will continue to drift” and rivals will “outpace us economically and outmanoeuvre us internationally”, Badenoch wrote.

“I’m putting myself forward in this leadership election because I want to tell the truth. It’s the truth that will set us free.”

She said: “People are exhausted by platitudes and empty rhetoric” and an “intellectual grasp of what is required to run the country” is missing.

During her time as equalities minister, Ms Badenoch was criticised by members of the government’s LGBT+ advisory panel in March over postponements in banning conversion therapy.

She quit as a junior minister alongside four colleagues on Wednesday, saying in a joint-letter that she was stepping down from her two roles with “great regret”.