Jameela News reports that the candidate of the Peoples Democratic Party (PDP), Nigeria’s main opposition party, Ademola Adeleke, has been declared the winner of the Osun governorship election.

This online news platform understands that INEC returning officer for the state, Toyin Ogundipe, announced the result of the Osun election 2022 on Sunday morning, July 17, 2022.

“I declare that Adeleke Jackson Nurudeen Ademola of the PDP, having satisfied the requirements of the law, is hereby declared the winner and he is returned elected,” Ogundipe said.

The PDP candidate won 17 LGAs while the incumbent governor secured victory in 13 LGAs. Kehinde Atanda of the Action Democratic Party (ADP) placed a distant third with 10,104 votes while Yusuf Lasun of the Labour Party (LP) had 2729 votes. 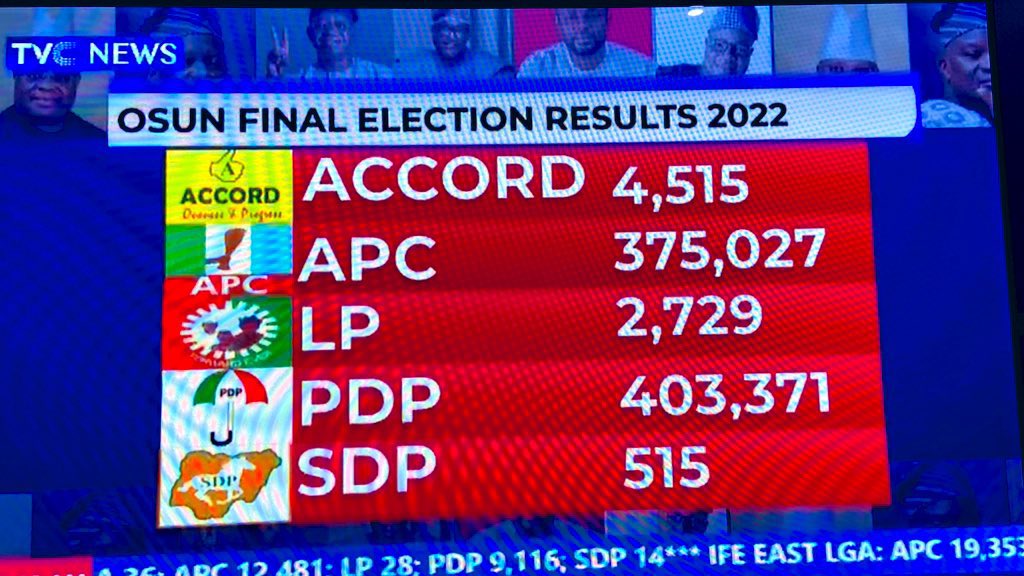 To emerge the winner of the keenly contested governorship election, the PDP candidate triumphed in some key LGAs in the state.

In Ede South, Adeleke who is popularly known as ‘dancing senator’ picked up 19,438 votes while Oyetola had 5704.

Adeleke polled 30,401 votes in Osogbo — well ahead of the APC flag bearer who secured 22,952 votes. The PDP candidate also won Ede North, Odo Otin, Ifelodun, and Irepodun LGAs, among others.

Meanwhile, Jameela News reports that Iwo, Ayedade, Boripe, and Isokan were among the 13 LGAs won by incumbent governor Oyetola.