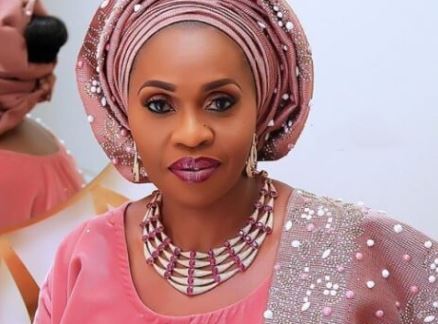 Richest Yoruba Women and Their Source of Wealth can be accessed below.

Jameela News has compiled a list of Richest Yoruba Women and Their sources of wealth.

Richest Yoruba Women and Their Source of Wealth

Folorunsho Alakija, an entrepreneur and billionaire businesswoman, was born on the 15th of July, 1951, in Lagos State.

She is an indigene of Ikorodu, Lagos State.

She moved to the UK when she was seven years old to attend the Dinorben School for Girls in Hafodunos Hall, Llangernyw, Wales. She then traveled back to Nigeria where she enrolled at Muslim High School in Sagamu, Ogun State. She later returned to the UK for her secretarial studies at Pitman’s Central College in London.

Folorunso later headed to the American College, London and the Central School of Fashion to bag a degree in Fashion Design.

She started her career at Sijuade Enterprises as an executive secretary in 1974. She left to take up some banking jobs later on before launching her own fashion-design company, Supreme Stitches.

The brand’s name was later changed to Rose of Sharon House of Fashion.

In 1991, Folorunsho diversified into the oil business, leading her to start her own oil company, Famfa Oil, which was granted the Oil Prospecting License (OPL) to operate on a 617,000-acre oil block in the Niger Delta.

The federal government snatched 50% of stakes from her oil block, and this led to a court resolution that spanned for 12 years before she won.

Folorunsho, the richest woman in Nigeria, according to Forbes, is estimated to have a net worth of $1 billion.

She was born on October 10th, 1959 to Adut Makur a Sudanese seamstress, and Emenike Mobo a Nigerian public servant.

Bola Shagaya is the founder and CEO of Bolmus Group International, a conglomerate with holdings in real estate, oil and gas, banking, and photography.

Her career started with the Central Bank of Nigeria, where she worked in the audit department. She then proceeded to start her own business in 1983.

She ventured into the importation and distribution of photographic materials. She is credited with introducing the Konica brand to Nigeria.

Her business experience started with the importation and distribution of and she introduced the Konica brand photographic materials into the Nigerian market and West Africa.

She is also the MD of Practoil Limited, one of the largest importers and distributors of base oil in Nigeria, serving local lubricant blending plants. Her business also includes a huge investment in real estate, spread across major cities in the country with over three hundred employees.

She is currently a board member of Unity Bank Plc.

Bola Shagaya’s net worth is $950 million.

Bimbo Alashe sits comfortably at the number six spot on the Forbes list of richest women in Nigeria.

She is the founder and CEO of Leatherworld Furniture, one of the largest furniture providers in the country.

Born in 1962, Bimbo Alashe attended Pitman College in London and the Regent Academy of Design and Fine Arts in London, respectively.

When she returned to Nigeria, she started Glamour, a small gift and beauty business in Apapa.

Bimbo soon noticed a gap in the Nigerian furniture industry. She then leveraged this to start her own furniture company, Leatherworld, to capitalize on the demand for overall furniture quality.

Leatherworld started as a small retail shop in Ikoyi.

Over the years, Leatherworld steadily grew, extending its reach from Lagos to the Federal Capital Territory, Abuja. Additionally, the businesses opened assembly and production facilities in the Calabar Free Trade Zone. This factory was built so that Nigerians could purchase furniture of the highest quality.

She attended West Kent College and Mid Kent College before heading to the University of Westminster, London to bag a masters degree in Human Resource Management.

In 1987, Mo Abudu began her career as a recruiting consultant in the UK with Atlas Recruitment Consultancy. She then joined Starform Group, a thriving UK business information company. At Starform Group, Mo was in charge of the research, planning, and production of a number of conferences and seminars.

She moved to Nigeria in 1993 to work with Esso Exploration and Production Nigeria Limited (now ExxonMobil) as the head of their Human Resources and Administration.

After nearly ten years, MO left  Exxonmobil, and in 2000, she started her own business, Vic Lawrence & Associates Limited(VLA) , a people management and HR consultancy company.

Her business grew to become one of the fastest growing HR firms in Nigeria.

Besides human resource management, MO has always been passionate about African storytelling. This gave birth to a new venture. She founded Inspire Africa, a platform where African culture and diversity are showcased.

She also started a TV talk show, Moment with MO. Many A-list celebrities like governors, presidents, and Nobel Laureates, including the US Secretary of State; Hilary Clinton, and the managing director of IMF- Christine Lagarde, have featured on the talk show.

EbonyLife TV now ranks as one of the top 25% of most-watched channels on the DStv platform.

According to forbes list of top 10 richest women in Nigeria in 2022, MO is worth an estimated net worth of $650 Million

Akindele-Bello Olufunke Ayotunde is the richest Yoruba actress and the second richest actor in Nollywood.

Funke has featured in lots of Nollywood movies, making her one of the biggest actresses in the country today.

She has also won multiple recognition and awards for her craft.

Her movie “Omo Ghetto” is currently the highest-grossing movie of all time in Nigeria.

However, she began “Jenifa’s Diary,” a popular Nollywood film series that is a continuation of her movie “Jenifa,” in 2016.

Since then, people from all around the world have flocked to this series. Her now well-known moniker, Jenifa, was given to her as a result of this series.

She is most adored and praised for her comedic traits and the skill with which she interprets her comedic characters.

After the enormous success of her film “Omoghetto,” she bought a Bentley Continental, Lamborghini Aventador, and a Toyota Prado.

According to some online publications, Funke Akindele is worth $11 million.